I had a call this morning from a client in Carmarthenshire. He runs an Inn over there in the small village of Bethlehem.

The reason for his call was that he was worried about the risks associated with a deal he’d just struck. All of his rooms are fully booked over the Christmas break but he’d had a couple turn up on his doorstep who were desperate for somewhere to stay.

The chap is a Carpenter apparently and his wife is heavily pregnant. Apparently not her husband’s but that’s a whole other story. Having been turned away by all the other hostelries in the area, my client’s hotel was their last option.

He was about to turn them away as well but then he remembered he’s got an outbuilding that would at least provide them with shelter. Not that there’s any room for a bed in there. They’ve happily accepted his offer but he called me just to check that he wasn’t going to be compromising his insurance in any way.

He’s also a bit worried about the fact that there are apparently 3 more chaps – one on his Scooter pipping his hooter, apparently – who are on their way to witness the birth of this lady’s baby. A load of Shepherds too – well it is Wales after all. So he’s a bit worried that it could get a bit overrun in there.

I told him not to worry, his Public Liability cover would still extend to the outbuilding, any further visitors would also be covered on the premises, and wished him a Merry Christmas! 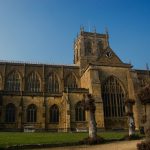 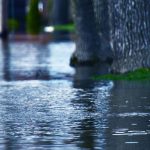