I took a call at the end of last week from a chap in Yetminster, just outside Sherborne. He needed cover for his mother-in-law’s old house which is on the market but is unoccupied. This wasn’t a problem for me as I have access to a number of providers for this sort of thing and get lots of practice as a Solicitor in Crewkerne regularly asks me to arrange cover for similar properties in Probate.

So cover was arranged and everyone was happy.

What struck me was the conversation I had with him about Harry Fort Insurance Brokers who used to be the go-to guys for insurance in Sherborne.

My new client told me that his family had dealt with Harry Fort for many years but had stopped doing so since they’d been bought out by Towergate. I mentioned that I understood Towergate had taken to dealing with people out of their call centre in Manchester and this was apparently the main issue for this chap. The service had dropped right off as a result.

Which makes me think. Sherborne’s a lovely place and it’s been a long while since I’ve been there. I must head over there soon! 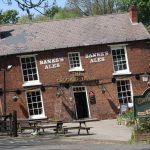 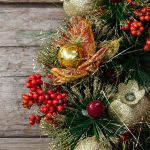